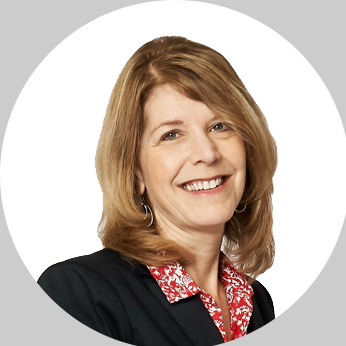 Head of Communications and Media

What potential paths will SA follow in the years to 2030?

Dr Frans Cronje, CEO of the Centre for Risk Analysis, revealed South Africa’s most likely roads to 2030* in his new book. What does the future look like?

At Prudential’s recent showcase event “Face to Face”, guest speaker Frans Cronje examined the latest major trends that are likely to shape the future path of South Africa to 2030. As an expert scenario planner and CEO of the Centre for Risk Analysis (CRA) at the Institute for Race Relations (IRR), Cronje provided a timely update to his 2014 study, “A Time Traveller’s Guide to our Next Ten Years”.

Drawing from a wealth of statistics from the IRR, Cronje pointed to three main factors currently influencing the country’s future path: 1) deteriorating economic conditions; 2) rising disenchantment with the ANC government; and 3) the split within the ANC into opposing factions.

The deterioration in South Africa’s economic growth, and stubbornly high unemployment were among the most influential determinants of the country’s path to 2030, Cronje said. He noted that, along with GDP growth slowing to below 2% p.a. in the past four years, real GDP per person had also plateaued, with a stagnation in households’ real disposable income and high debt levels.

This had contributed to lower consumer spending, while corporate investment had also been declining due partly to government policy uncertainty. Importantly, conditions were expected to show only small improvement in the next few years: growth forecasts remained painfully low and confidence in the future was waning among both individuals and companies. Should annual growth not move above 1% soon, he cautioned, South Africans would become poorer on a real GDP-per-person-basis, eroding the great strides taken in the previous two decades.

A crisis of rising public expectations

Meanwhile, he said, growing public dissatisfaction with the ANC was demonstrable from the outcome of the 2016 local elections, where the party garnered 53.9% of the vote compared to 62.9% in 2011. Not to be ignored was the fact that 40% of eligible voters did not vote – “if they had voted non-ANC, the party would have suffered a serious loss,” Cronje pointed out.

Also of significance was the rising number of social protest actions, which had jumped from fewer than 1,900 in 2014 to around 3,500 in 2015 – or nearly 10 per day. “The increase in protests is not actually due to a failure in service delivery,” opined Cronje, “since the government has actually been successful in delivering on new housing, piped water, electricity, etc. in the past 20 years. Rather it is more a crisis of rising expectations for a better life: people are increasingly educated and enjoying better living standards, but then so many can’t get jobs that they are completely discouraged.”

He noted that, disturbingly, nearly 70% of youth under age 24, and 40% of those aged 25-34, remained unemployed, many for the long term. South Africa’s labour absorption rate (or the proportion of the working-age population that is employed) has languished at around 40%, very low compared to the more normal 70% seen in other economies. This reflected serious structural problems stemming from the myriad issues in the school system and labour market. With so little job creation since 2009 (only 1 million new jobs compared to the 5-7 million that could have been created with a 70% labour absorption rate), radical populism was filling the gap, sparking more protest action, an erosion of confidence in the future, and deteriorating support for the ANC.

Lastly, Cronje believed the eventual outcome of the struggle for dominance between the two opposing factions of the ANC would be a major determinant of South Africa’s future. He characterised the faction led by President Zuma as the “Eastern intelligence service and various agencies including SARS, the Treasury, the SABC, the IEC and the Public Protector, as well as key provincial premiers.“ This grouping has already proved to be exceptionally corrupt, anti-Western (in terms of globalisation and capitalism), fearful of the emergent middle classes, and averse to civil rights and basic freedoms,” he cautioned. “They think they may be able to thrive in a low-growth environment.”

Meanwhile, the “Western bloc” comprised leaders like Cyril Ramaphosa, Gwede Mantashe, Enoch Godongwana, Jackson Mthembu and Zweli Mkhize, as well as the internal ANC administration, the SACP, and the EFF. ”Within this grouping we see a full spectrum from capitalist reformers to hard-line communists,” explained Cronje, “the main unifying factor being opposition to Zuma and his practices. They are seduced by the idea that if Zuma goes, everything will suddenly improve, but they are mistaken – they fail to grasp just how serious the economic slump is.” He added that the lack of ideological cohesion among these leaders meant that, should they succeed in coming to power without policy agreement, the government was very likely to break up and become a weak state.

Determining scenarios for the future

Following a well-established and tested methodology for scenario planning, Cronje painted a picture of four extremely different scenarios or paths down which South Africa could travel by 2030. These four were dependent on two key factors: 1) the resolution of the ANC’s internal strife to create a dominant state, or alternatively, a weaker state where individuals, communities and other non-state actors have to do more to help themselves; and 2) the degree to which the government was able to meet, or not meet, popular expectations of a better life.

He represented these two parameters in the accompanying grid on the horizontal and vertical axes, respectively. How they were resolved and combined would determine the country’s future, he explained. Cronje’s four scenarios towards 2030 comprised:

In this case, the ANC unites behind reformist leadership that forces through a very successful set of economic reforms onto the country, by creating an “Asian tigers-style” authoritarian state that suppresses civil rights. Constitutional rights and freedoms have been eroded, but living standards are rising. The economy is performing strongly through labour market deregulation, the securing of property rights, a restructuring of empowerment policy and the rise of an impressive civil service. South Africa stands as the leading example of a new breed of authoritarian African capitalist economy.

In this case, the ANC unites behind leftist leadership to create a dominant state that deepens its redistributionist policy and interference in the economy. This socialist approach further pushes the economy into decline. Racial tensions are ratcheted up, and an all-powerful government undermines civil rights. The government also follows a protectionist and isolationist foreign policy.

Here, the ANC fails to unite and instead fractures so that there is no political cohesion, resulting in a severely weakened and ineffective state. Its uncertain, contradictory and confusing policies lead to economic stagnation, and many South Africans remain very poor. Amid increasing protest action and racial conflict, the country becomes a society divided against itself, and South Africans gradually drift into enclaves along racial, class and ethnic lines in which they maintain largely normal lives.

The ANC and DA form a coalition government reflecting broad political common ground and a popular mandate around reformist policies. Economic growth rates have recovered and living standards are rising, with the private sector playing a leading role in the recovery. Thanks to highly effective policy implementation, popular dissatisfaction has largely been eradicated, and radical and destructive populist politicians have been isolated. South Africans are united in building a free and prosperous country.

According to Cronje, “The Break-up” was currently the most likely scenario for the near future, since it fairly approximated the uncertainty and underperformance of the past few years. “It seems unlikely that the political and economic establishment will unite around a plan that will go far enough to fix the South African economy,” he noted. “Without political reform, the corruption and ineptitude of the civil service will become worse, and without economic reform the government will inevitably run out of money.” These conditions could continue into 2020, after which any of the other three scenarios could also arise, depending partly on the 2019 election results.

Meanwhile, he said, “Tyranny of the Left” was the next most likely outcome, being more plausible than “Rise of the Right”. Should the ANC get less than 51% of the vote in 2019, it was likely that the EFF would join forces with it to maintain power, forming a much more left-leaning and anti-democratic government. Mitigating against this, however, was the ruling party’s likely inability to unify to systematically destroy the economy, or to “overcome the deep-rooted good sense of South Africans and get them to turn against each other”.

Finally, Cronje pointed out, the only way to achieve “The Rise of the Rainbow” was either through a political victory for the DA in the 2019 elections, or a resulting DA-ANC coalition. Given that these were both unlikely under current conditions, it was not the most probable outcome.

In conclusion, Cronje’s message highlighted the fundamental importance and urgency of improving the economy in order to preserve the country’s high democratic standards and continue to lift living conditions for South Africans. The unification of the ANC behind a coherent policy is also of vital interest to everyone. On a last positive note, he believed that the government did have some time to act to turn things around, since the IRR’s latest surveys showed that ordinary South Africans still held very positive views on race relations and were still strongly invested in the 1994 ideal. They would not be easily persuaded by extreme populism or appeals to racial division.

*Including extracts from A Time Traveller’s Guide to South Africa in 2030, by Frans Cronje, Tafelberg Publishers, 2017.