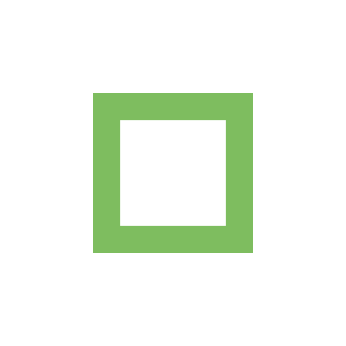 Global equity and bond market returns were broadly negative in June, reflecting growing investor concerns that surging inflation and aggressive monetary tightening by major central banks could tilt the global economy into recession. On top of this, the Russia-Ukraine war showed little sign of abating, contributing to further spikes in energy prices. In the US, the Federal Reserve increased interest rates by 75bp, the largest rate hike since 1994, as inflation hit a 41-year high. In Europe, the Bank of England continued its path of interest rate hikes, with the European Central Bank indicating its intention to follow suit for the remainder of the year. In China, positive economic data following the easing of restrictions in key economic hubs under the government's “Zero-Covid” policy suggested that growth was recovering. Meanwhile, in South Africa, the reintroduction of stage six rolling power outages against the backdrop of risk-off sentiment saw the local bourse close the month in the red.

Looking at global equity market returns (all in US$), the MSCI All Country World Index returned -8.4% for the month. Emerging markets outperformed developed markets, with the MSCI Emerging Markets Index delivering -6.6% and the MSCI World Index returning -8.6%. The Bloomberg Global Aggregate Bond Index (US$) returned -3.2%, while the EPRA/NAREIT Global REIT Index (US$) produced -8.3%.

The spot price of Brent crude oil closed the month 6.5% lower at around US$111 per barrel, as concerns over a prospective global recession gained strength. Meanwhile, OPEC+ agreed to stick to its output strategy, increasing production by 648,000 barrels per day in July and August, to help offset supply constraints stemming from the Russia-Ukraine conflict. Metal prices were mostly negative in June in light of growth worries, with nickel returning -19.5%, copper -13.2%, gold -2.1%, aluminium -14.9%, palladium -5.7% and platinum -5.1% for the month.

The Federal Reserve (the Fed) increased its federal funds rate by 75bps to a range of 1.5%-1.75% in June, above market forecasts of a 50bp hike. The increase marked the largest rate hike since 1994, with Fed Chair Jerome Powell signalling that a similar move could come at the next meeting, although also stating that 75bp hikes were unlikely to be common. Policymakers expect interest rates to increase to 3.4% this year, well above the 1.9% forecast in March, as the Fed continues its battle against inflation. CPI accelerated to 8.6% y/y in May, the highest reading since December 1981, and above the market consensus of 8.3%. Energy prices were among the largest contributors to the sharp upturn, rising 34.6%, the most since September 2005, with gasoline prices up 48.7% and fuel oil spiking 106.7%. Meanwhile, policymakers revised their growth outlook meaningfully lower in June, with the US economy now expected to expand 1.7% in 2022 (from 2.8%), 1.7% for 2023 (from 2.2%) and 1.9% for 2024 (from 2%). Fed Chairman Jerome Powell acknowledged that steep interest rate hikes may cause a recession in the US, and that avoiding it mostly depended on factors beyond the Fed’s control.

A rush to safe-haven assets pushed the yield on the US Treasury 10-year bond below the 3% mark on recession fears, with weaker retail sales and manufacturing data further exacerbating these concerns. The Bloomberg Global Agg Treasuries Index returned -3.5% in June, while US equities also closed the month substantially lower, with the S&P 500 returning -8.3%, the Dow Jones Industrial Average -6.6%, and the technology-heavy Nasdaq Composite -8.7% (all in US$).

The easing of remaining Covid-19 restrictions helped lift the South African economy in the first quarter of the year, as GDP growth reached 3.0% (q/q annualised) from 1.7% in Q4 2021. Meanwhile, annual inflation quickened to 6.5% in May from 5.9% in April, above market expectations of 6.2% and breaking through the upper limit of the SARB’s 3%-6% target range for the first time since January 2017.

Meanwhile, growth concerns for Q2 dominated local market sentiment in June as expectations for interest rate hikes and inflation were revised upward, and Eskom introduced stage six nationwide loadshedding. Inflationary fears and risk-off sentiment saw investors retreat from government debt, with the yield on the South African 10-year bond climbing to a 26-month high of 10.50%. The SARB indicated that it would continue aggressively hiking interest rates in a bid to maintain price stability, prompting economists to forecast a rate hike of between 50-75bps in July and another 25bp hike in September.

In more positive news, SA retail trade grew by 3.4% y/y in April, well above market estimates of 1.6%. The closely watched Purchasing Managers’ Index rose to 54.8 in May from 50.7 in the previous month, as domestic demand and export sales normalised following the devastating floods that struck key parts of KwaZulu-Natal.

The FTSE/JSE All Share Index returned -8.0% in June, slightly underperforming other emerging markets. Most major sectors were in the red, with Resources returning -16.3% on the back of weaker metals prices and a firmer rand, Listed Property -10.5% and Financials -13.3%. Industrials was the only positive sector with a 0.9% return, propped up by the sharp rebounds in Naspers and Prosus. The FTSE/JSE Capped SWIX All Share Index, which we use as the equity benchmark for most of our client mandates, returned -7.5%. SA bonds (as measured by the FTSE/JSE All Bond Index) delivered -3.1%, SA inflation-linked bonds returned -0.9% and cash (as measured by the STeFI Composite) delivered 0.4%.

With consumer inflation increasing to 9.1% y/y in May and showing few signs of abating, the Bank of England raised its key bank rate by 25bps to 1.25% in June, as expected, pushing borrowing costs to their highest level in 13 years. Policymakers now expect inflation to exceed 11% y/y in October, while GDP growth is forecast to slow sharply. The yield on Britain's 10-year Gilt touched 2.7% during the month, its highest level since July 2014. Annual inflation in the Eurozone increased to a new record high of 8.6% in June from 8.1% in May, and sentiment in the area took a knock after European Central Bank (ECB) President Christine Lagarde said it was unlikely the Eurozone would go back to a low-inflation environment anytime soon. Inflation projections were revised higher to 6.8% in 2022, 3.5% in 2023 and 2.1% in 2024, while the growth outlook for the bloc was revised lower to 2.8% for 2022 and 2.1% for 2023, with a faster expansion of 2.1% expected in 2024. In keeping with its previously announced guidance, the ECB signalled it would soon hike interest rates by 25bps, marking the first increase in borrowing costs in more than a decade, while first ending its net asset purchases.

The People's Bank of China held interest rates steady in June, following gradual signs that the economy was starting to recover after the government began lifting its “Zero-Covid” lockdown restrictions earlier this year. China's annual inflation came in at 2.1% in May, unchanged from April and marginally below market forecasts of 2.2%. Sentiment turned more upbeat after a string of positive economic data reinforced prospects of an economic recovery. Manufacturing PMI climbed to 51.7 in June from a 48.1 contraction in May, beating market forecasts of 50.1, while non-manufacturing PMI surged to 54.7 in June from 47.8 in May. China's unemployment rate also showed signs of improving, declining to 5.9% in May from April's 26-month high of 6.1%, as the government’s jobless rate target of around 5.5% for the year appeared to be on track.

Given Japan’s much slower recovery from the Coronavirus crisis than other major economies, the Bank of Japan (BoJ) left its key short-term interest rate unchanged at -0.1% and its 10-year bond yields around 0% in June. The decision was widely expected; however, it leaves the BoJ’s ultra-easy policy at odds with other major central banks. Annual inflation in Japan increased to 2.5% in May, unchanged from April's seven-and-a-half-year high and in line with market consensus. Policymakers believe that Japan's economy has picked up despite some weakness due to the impact of Covid-19 restrictions. Manufacturing PMI declined to 52.7 in June from 53.3 a month earlier, but still marked the seventeenth consecutive month of expansion in factory activity. Retail sales also showed signs of improving, rising 3.6% y/y in May, exceeding market forecasts of 3.3% and beating the 3.1% gain posted a month earlier.