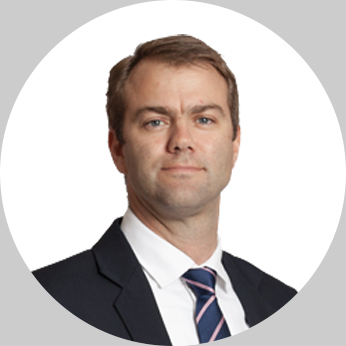 In spite of strong economic data coming out of the US, equity markets sold off sharply during October over concerns of a widespread slowdown in global growth. The prospect of rising interest rates in the US and mounting trade-war tensions between the US, China and Europe weighed on investor sentiment, with the IMF downgrading its global growth forecast to 3.7%, down 0.2% from its previous outlook. Emerging markets came under pressure from a stronger US dollar and rising yields in the US, which are making developing countries with high dollar-denominated debts less attractive. The current risk-off environment saw most emerging equity markets ending the month in negative territory. South Africa was no exception, with a combination of poor economic data, low growth forecasts and widening deficits placing additional pressure on the local bourse.

In the US, the economy continued to show signs of firm growth with Q3 GDP increasing by 3.5% (q/q, annualised), supported by strong consumer spending. For September, unemployment fell to 3.7% – its lowest level in almost 50 years – while headline CPI fell to 2.3% y/y, down from 2.7% y/y previously. Strong economic indicators helped drive the yield on the benchmark 10-year US Treasury bond marginally higher to around 3.14% at month end. The stock market, meanwhile, ended October deeply in the red over concerns of a slowdown in global growth, declining corporate profits and rising interest rates, with the tech-heavy Nasdaq particularly hard hit. Corporate profit forecasts came under pressure, even though actual corporate earnings reports were broadly positive, as worries that increased tariffs (due to the US-China trade war) would push up manufacturing costs weighed on the market. Investor sentiment was further dampened by fears that the Fed may continue increasing interest rates to ‘restrictive’ levels (higher than those previously expected) to keep inflation in check, which if implemented would likely result in an economic slowdown.

European stocks closed the month in negative territory as nerves around Brexit negotiations continued to weigh on investor sentiment. The EU and the UK are yet to reach a breakthrough, with the Brexit deadline fast approaching. The UK government, however, alluded to the possibility of leaving the EU without a deal – an action that could negatively impact UK and European company earnings. Adding to European risk aversion was the Italian government’s ongoing budget dispute with the European Commission, after the Commission rejected Italy’s plans to increase its 2019 deficit to 2.4% of GDP. Italy’s fiscal situation remains a concern for investors, with Moody’s downgrading the country’s sovereign debt by one notch. Asian markets didn’t fare much better as the prospect of rising US interest rates, tensions between the US and Saudi Arabia and the global trade war weighed on the Nikkei and Hang Seng. China’s economy, however, continued to show its resilience with Q3 GDP increasing by 6.5% y/y, albeit marginally lower than consensus.

Looking at global equity market returns (all in US$), the MSCI All Country World Index returned -7.5% in October. Developed markets outperformed emerging markets, with the MSCI World Index delivering -7.3% and the MSCI Emerging Markets Index returning -8.7%. Among developed markets, the S&P 500 produced -6.8%, the Dow Jones Industrial 30 returned -5.0%, while the technology-heavy Nasdaq 100 posted -8.6%. In Europe, the Dow Jones EuroStoxx 50 delivered -8.2%, the UK’s FTSE 100 returned -7.0% and Japan’s Nikkei 225 delivered -8.7%. Among the larger emerging markets (all in US$), the strongest performer for the month was Brazil’s Bovespa with a return of 18.7%, while the weakest markets included the Kospi 200 (-14.6%) and MSCI China (-11.5%). The Bloomberg Barclays Global Aggregate Bond Index (US$) returned -1.1%, while the EPRA/NAREIT Global Property Index (US$) produced -3.0%.

Brent crude closed the month 8.8% lower at US$74 per barrel, as major oil producers increased output to near-record levels while demand waned on the back of weaker global markets and a stronger US dollar. The market appeared to be less concerned over the impact that U.S. sanctions on Iran would have on oil supply, a factor that helped bolster the oil price in recent months. Gold, meanwhile, rose 2.0% as investors sold off riskier assets in favour of traditional safe havens. The top pick among precious metals was platinum with a 2.6% return. Industrial metals were largely negative, with copper and zinc returning -3.6% and -4.0% respectively. Tin was the only positive outlier returning 1.5% (all in US$).

In South Africa, former central bank governor Tito Mboweni was appointed as the country’s new finance minister following Nhlanhla Nene's resignation. Markets reacted positively to the news; however, the rally was short-lived. Mboweni’s first medium-term budget policy statement (MTPBS) as finance minister painted a sobering picture of the state of the economy, forecasting low growth and wider deficits. Ratings agency Moody’s cited the country’s low-growth state as a credit negative, while S&P highlighted its concerns over the country’s postponement of fiscal consolidation and lack of clarity around land reform. South Africa's unemployment rate, meanwhile, increased to 27.5% in Q3, marginally higher from the 27.2% posted in the second quarter. In more positive news, business confidence increased to 93.3 in September (up from 90.5 for the previous month), while manufacturing output rose by 1.3% (y/y) in August.

CPI moved higher in September to 4.9% y/y versus 4.8% y/y in August, still well within the SARB’s target band of 3% - 6%. South African bonds experienced a net outflow of US$600m on the back of poor emerging market sentiment, which in conjunction with the rising government budget deficit as revealed in the MTBPS saw the yield on the South African 10-year government bond rising to 9.77% at month end. The BEASSA All Bond Index closed the month with a -1.7% return, inflation-linked bonds (the Composite ILB Index) delivered 0.8%, and cash as measured by the STeFI Composite Index returned 0.6%. The rand depreciated 4.7% against the US dollar, 2.0% against the euro and 2.5% against the pound sterling.

The FTSE/JSE All Share Index returned -5.8% in October, in line with global markets. Industrials were the worst performers with -8.0%, followed by Resources with -4.0%, Financials with -3.2% and Listed Property with -1.7%

To find out more about Prudential funds contact our Client Services Team on 0860 105 775 or at query@prudential.co.za.