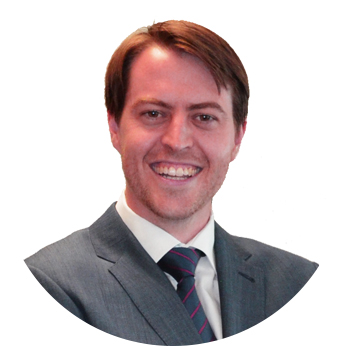 How to compound your wealth

One of the most effective ways to grow your wealth is to let your money work for you. This can be achieved by taking advantage of the power of compounding, often touted as the “eighth wonder of the world”. Simply put, compounding is the process of reinvesting the income earned on an investment (rather than having it paid out), thereby creating a larger base upon which future returns (i.e. capital growth and income) can accumulate.

Unit trust funds earn income in the form of interest and/or dividends received from the funds’ underlying holdings (e.g. bonds or shares). While virtually all the income earned by single-asset class funds will be either dividends or interest, multi-asset class funds such as the Prudential Balanced Fund earn a combination of both interest and dividends. When you complete an investment application for a unit trust, you are given the option of having the fund’s distributions either 1) paid out to you as cash, or 2) reinvested back into the fund, where additional units will be purchased at the prevailing unit price on the day of reinvestment. To take advantage of compounding, you need to choose the latter.

Let’s take a look at the long-term effect of compounding on a R100 investment made in the South African equity market (JSE All Share Index) on 30 December 1960. Note that due to the effects of inflation, the purchasing power of R100 in 1960 was the equivalent of approximately R8,400 in today’s money. The graph below shows a comparison of the investment’s growth with dividends paid out (grey line) versus the investment’s growth with dividends reinvested (red line). 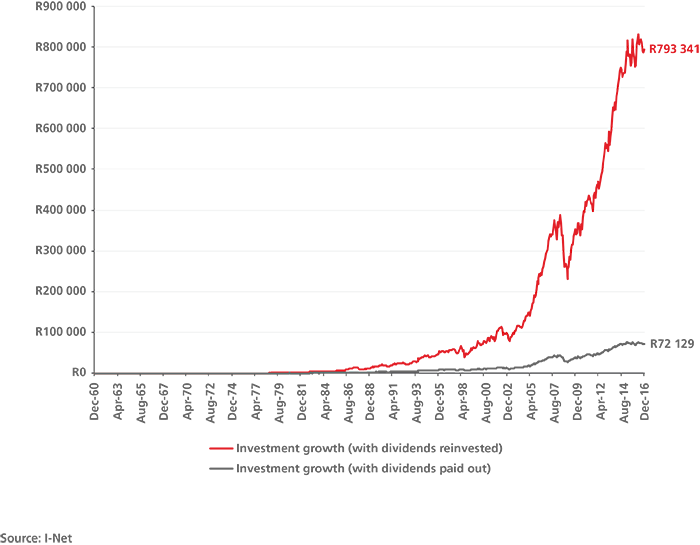 As at 31 December 2016, the R100 investment, with all the dividends re-invested, would have grown to R793,341 -  an impressive return of 17.4% per year. By comparison, had dividends been paid out, the investment would have grown to R72,129 for a return of 12.5% per year. The additional return earned by reinvesting dividends, compounded over 56 years, resulted in an ending value eleven times the size of the value achieved by having dividends paid out.

What these figures highlight is that by investing as early as possible, and remaining consistently invested over the long-term, you are able to maximise the benefit of compounding. If you are ready to start investing with Prudential, contact your financial adviser or our Client Services Team on 0860 105 775 or at query@prudential.co.za.